This Tournament shall be open to all US Youth Soccer and State Associations in all age groups indicated on the Tournament Approval Form. Each team must also be in good standing with its youth association. It shall be the responsibility of each State Association to certify the eligibility of its competing teams and to provide such teams with a certified copy of the roster, permission to travel and proof of insurance as required by the granting authority. Multiple divisions within an age group are not guaranteed but may be offered where enough numbers of teams apply to that age group. Decision of the Tournament Committee for the placement of teams within age groups with multiple divisions is final.

GOTSOCCER, each team’s coach/manager will present the approved roster along with valid player and coach passes, medical release forms for each player, approved guest/loan player documents and travel authorization as required.

Deliberate heading is not allowed in age groups U12 and younger. If a U12 or younger player deliberately heads the ball in a game, an indirect free kick should be awarded to the opposing team from the spot of the offense.   If the deliberate header of a U12 or younger player occurs within the goal area, the indirect free kick should be taken on the goal line parallel to the goal line at the nearest point to where the infraction occurred.

Referees are required to submit a completed official USSF or tournament‐specific game report to the site director containing game scores and any information relating to any game incidents involving players/coaches, spectator misconduct, or injuries. In the event the assigned referees fail to appear, and the assignor and/or site director fails to provide a replacement, the senior assigned assistant referee shall assume the duties and shall find an alternate assistant. The game will be played as scheduled and will be deemed official. In the event two official assistant referees are not provided by the tournament, each team shall provide a line person for their side of the field. If only two officials appear at a match, the match shall proceed with an appointed linesman.

Due to the extreme heat at this time of year and multiple games played in one day, all games will be played per age group as follows:

Mercy Rule: All games will be subject to a mercy rule of a 6-goal differential at any time after the completion of the first half.

Semi-finals and Finals will go straight to PKs if tied after regulation.

In any FYSA sanctioned match, a break will be given at the midpoint of each half of regulation time for player hydration. This break will be given at a normal stoppage of play and is mandatory for any FYSA sanctioned match during which the air temperature is, or is expected to reach, eighty-five (85) degrees Fahrenheit. Violation may result in charges under FYSA’s Code of Ethics. The referee reserves the right to decide if the game clock will continue to run during the breaks.

Players, reserve players, managers, coaches, and fans are expected to conduct themselves within the letter and spirit of “The Laws of the Game”. The Site Director has the authority and responsibility to remove any person(s) from the tournament for abuses of conduct, in addition to any specific disciplinary action brought about by any other authority. Tournament Field Marshals will be present at games to assist. In addition, these rules will apply:

As a mutual courtesy, the tournament committee asks both teams congratulate each other for a game well played.

The Tournament Committee shall have a Discipline Committee of three (3) members. This committee will review and rule on all reports of unacceptable conduct by players, managers, coaches, referees, spectators, etc. using the FYSA standards as set by Rules Section 502.

A team is allowed a ten (10) minute grace period from the scheduled time before awarding the game to the opposing team. A minimum number of eligible players (7 for 11v11, 6 for 9v9, 5 for 7v7) must be present, dressed and ready to play within the grace period, to constitute a “team”. Otherwise, the game will be scored as 4-0 in favor of the opposing team. In the event the scheduled time is revised from the printed schedule, coaches/managers will be notified by email, tournament website, phone or in person by a Tournament Official of the new game time. See also Section 15. External Conditions, Weather, etc.

In the event unusual conditions necessitate the rescheduling, curtailment, shortening or cancellation of games, the Tournament Committee shall have absolute authority to make changes in order to best serve the completion of the tournament. No protests of the Tournament Committee decisions due to format changes necessitated by external conditions will be allowed. In the event games are suspended or halted due to weather or other external conditions, one (1) team staff member is required to report to the Field Site Headquarters where instructions as to the timing of and method for notification of restarts and/or schedule revisions will be communicated. The Tournament Committee will have the authority (in its sole discretion) to change games as follows:

Following the completion of the championship game, the two (2) teams shall present themselves at the awards area where:

After a team has been accepted into the competition, NO REFUND WILL BE GIVEN should the team decide to withdraw from the event. Tournament entry fee returns/refunds will be granted, as follows:

No sales of any kind are permitted at facilities (fields)

South Orlando Soccer Club, Inc was established in 2006, by a group of Conway residents that were dedicated to creating a positive soccer program catering to the families of South Orlando .

Don't miss out on seeing these international teams

Join in on the fun! Register for our Fall 2021 Rec

Did you get your tickets yet? Exploria Stadium is

Some wins and some losses, but still hanging in th

Getting ready for a weekend full of games! Let’

Sending all the good vibes their way! Thinking of 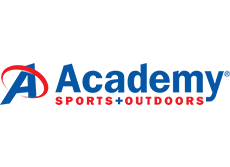